So close, but no Marshall Cup 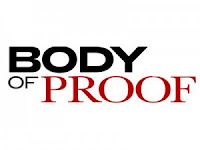 After finishing 12th last year out of 104 entries in the Ted Marshall Open, I came even closer to victory this year. I ended up in a four-way tie for 3rd place, out of 87 entries.

Though I am proud to say that I know this year's winner, Sean! Great news that one of the folks JQ originally dragged into this has won the title.

The only show that I missed was Body of Proof, a seemingly undistinguished procedural drama starring Dana Delaney. It was supposed to debut in October, but got bumped to April, where it was apparently just promising enough to win a spot on the ABC fall schedule.

There's a decent chance it would've failed if it had premiered when it was supposed to. But I actually hope it succeeds. If it's gone by December, it'll just tick me off that it was a timing issue.