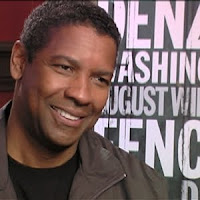 The 2010 Tony Awards will be handed out tonight. I know most of you don't know much about this -- or care -- so I've tried to at least make this mildly humorous. I can't stress the word "mildly" enough.

The shows are sharply different in style, as are the hairdos of Bryan and Billie Joe Armstrong: 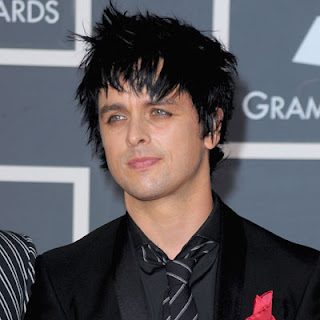 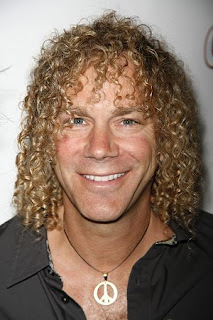 While I wish I had the money to see... well, everything, I've only (so far) gotten to two of the shows that debuted this past season. But here come my picks in the major categories anyway (in bold). I'm only doing the Musical stuff. Screw 'dem straight plays. (Sorry, Denzel. I'll throw your picture on top

Toughie! Made tougher by the fact that I haven't seen any of them yet. I went back and forth between Bon Jovi and Green Day. Which probably means it will be Fela! I thought the voters might want to be seen as hip by going with American Idiot... but Fela! is ethnic, and unique. So I'll go with that. Degree of confidence: 31.9%.

Best Book of a Musical

Guess. But most of the others don't really have traditional plots, and it seems Memphis has gotten more props as the months have rolled along. Degree of confidence: 55.4%

Best Original Score (Music and/or Lyrics) Written for the Theatre

It is a sad commentary that two of the four nominees in this category aren't even musicals! It would be even sadder if one of them won. Degree of confidence: 74.9%

Best Revival of a Musical

Hey, a category where I've seen stuff! This is a tough one. ALNM was quite enjoyable. The critics (and I) liked Ragtime, but it closed quickly. I go with Kelsey Grammer & Co. Degree of confidence: 28.9%. Yep, might as well have thrown a dart.

Best Performance by a Leading Actor in a Musical

From what I've read, he's awesome. And British. Bonus points for that. I'm stopping with the degree of confidence.

Best Performance by a Leading Actress in a Musical

It was hardly a challenging role, but she did it well. And she's Catherine Zeta-Jones, someone non-Broadway folks know. The academy caves, I say. Did I mention I saw her fake rubber boobshirt from the third row?

Best Performance by a Featured Actor in a Musical

I'm going with the one person I actually saw. He seems to be a popular fellow among Broadwayans (little known Wayans Brother). Though like the Christians say, it's hard to beat De Jesus. Although I just read a NYT article that said it's definitely going to be Levi Kreis. So there you go.

Best Performance by a Featured Actress in a Musical

Can they resist Angela Lansbury? I say yes, because she's won a crapload of these before. And Finneran supposedly does some really hilarious stuff in Promises, Promises. And she's been on Frasier. Bonus points for that.

Best Direction of a Musical

I have no idea! But Fela -- featuring African music and dancing -- is supposed to be quite the energetic spectacle. That's got to be tricky to direct, right? The man with the exciting show and the dull name gets my vote.

I wonder if he's related to Angus T. Jones? 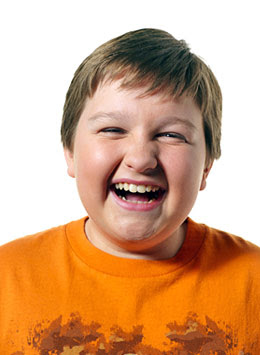