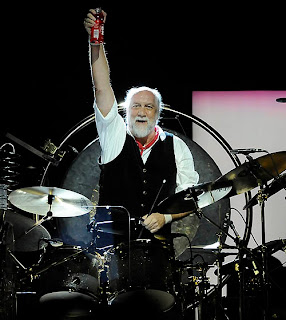 Time to finally write about Fleetwood Mac's first performance since 2003, which I did in fact attend on March 1!

The Post-Gazette did a good job of breaking down the show. I had a great time, and they were in pretty good form, I thought. Sean of Sean's Ramblings saw the show a week or so later in D.C., and I agree with most of what he wrote in his review. It's probably easiest for me to comment on his comments and add my own:

That really is one of the things that makes them special. As for other groups with split songwriting duties: I can't think of any with three. The Indigo Girls have two separate songwriters, but the style contrasts aren't nearly as stark. Barenaked Ladies are (well...were) the same, but there were only two there as well. Hmm, I am seeing a trend among some of my all-time favorite bands...