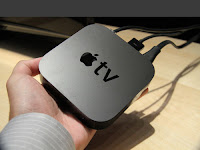 Better two months late than never, here's a report on a couple of new tech items in the D-Nation household.

But the real reason we bought it is that it also acts as a little router, allowing you to stream music from your computer and your iPhone over WiFi. Of course, to do that, you need something to play the music on. So we hooked the Apple TV into.... 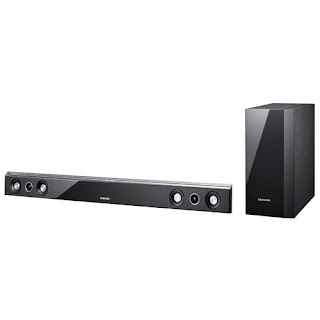 ....the above soundbar. Besides making our TV sound better, it becomes our primary stereo system on the cheap. And we can keep expanding it to other parts of the house as wireless speakers designed to work with Apple's AirPlay system hit the market.