As the soap suds 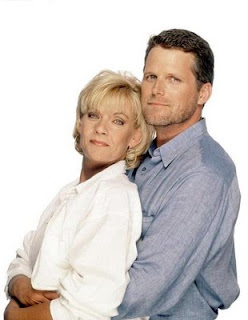 A chapter in television (and radio) history closes today as Guiding Light signs off after 72 years on the various airwaves.

Even though it's been a long time since I kept up with one, I still have a real soft spot for soaps.

In fact, I can still flip on GL and know the histories of many of the characters. That's because somewhere in the mid-80's, my Mom got my sister and me hooked on GL. She would fire up the VCR in the evenings and we'd watch that day's episode.

Later, there would be the girlfriend who got me addicted to Days of Our Lives for several years -- an addiction I passed on to my entire dorm floor my sophomore year in college. And both my grandmother and grandfather were hooked on The Young and the Restless religiously for about 20 years, so I watched that during our summers together in Massachusetts.

Soaps are a pretty amazing TV phenomenon, really. They connect us young(ish) folk to the Golden Age of TV. They've been literally passed down from generation to generation. And man, the longevity. I can't even conceive of a show that debuts in 2009 running until 2081! That says something about the kind of loyalty these shows engender. It's sad to think that changing demographics and financial realities could mean the genre's eventual extinction.

So happy landings to Josh and Reva (pictured). I'll watch the final scenes online or at my parents' house. And here's hoping the seven remaining network soaps will be around long enough for another generation of unsuspecting children to be sucked in against their will.