Greenification of the Nation, Pt. 1

Last summer, my wife "Dr. Nation" (is this a better blog moniker than her actual name?) spearheaded an effort to "green up" the Nation household.

In this first installment, I will touch on just one aspect of this ongoing project: Cutting our electricity usage.

It was a three-part plan: 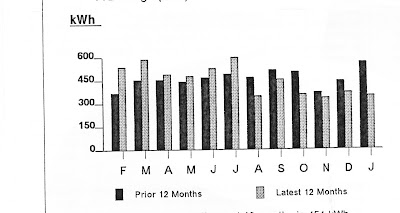