Apparently former NFL quarterback Bobby Hebert has a son who plays for LSU, and just got arrested for DUI.

And his name is T-Bob.

Yes, T-Bob. Perhaps it's just a nickname and he's really "Robert," but I can't find him listed as anything other than T-Bob.

Either way, if you close your eyes and envision what someone named T-Bob would look like, it would probably be exactly like this: 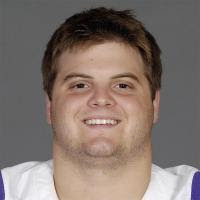