A little out of hand, perhaps? 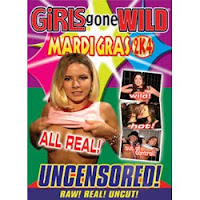 Let it be said that I enjoyed the Super Bowl, and am very happy the Saints won and that the people of New Orleans have a reason to celebrate. And probably get naked.
And maybe this does improve morale significantly as they move forward. But isn't that about as far as it should go?

The reports are getting a little silly:

Aside from bringing a championship to a hard-luck city, Sunday's win over the Indianapolis Colts is feeding feelings the city can overcome the aftermath of Hurricane Katrina and solve long-standing problems.

Forty-six-year-old Dwight Henry, co-owner of the Buttermilk Drop bakery and cafe, says the win is yet another example of the city's resiliency.

Actually, it's yet another example of what can happen when you put together a really good football team.
# posted by Dan @ 4:00 PM
0 comments. Leave one!