I love it, and also I'm going to throw it out the window 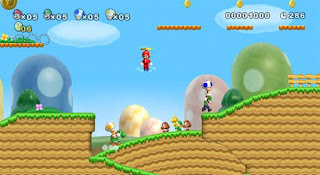 It's both the same and very different from the original NES series. In the big-picture sense it's the same: You're Mario, you scroll through many different "Worlds," beating up on little creatures. But everything is much cooler, from the graphics to the enemies to the gadgets and movements you can use to beat them.

If you want to learn more, here's an actual in-depth review. But the long and short of it is that even though it's a new-ish game and therefore still expensive, I highly recommend it to my fellow Wii owners who liked the original Mario games.