NOW you know this game is serious business 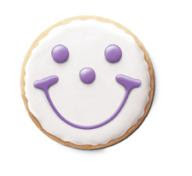 Eat 'n Parks are normally open 363 days a year, and this is apparently the first time they've closed for a non-holiday.

They stayed open during Super Bowl XL, and as you might expect for a restaurant chain with no liquor license and no televisions, business was mighty slow.

Plus, as a co-worker just remarked to me, if they stayed open, they'd really just be inviting their angry staff members to urinate in the chicken noodle soup.